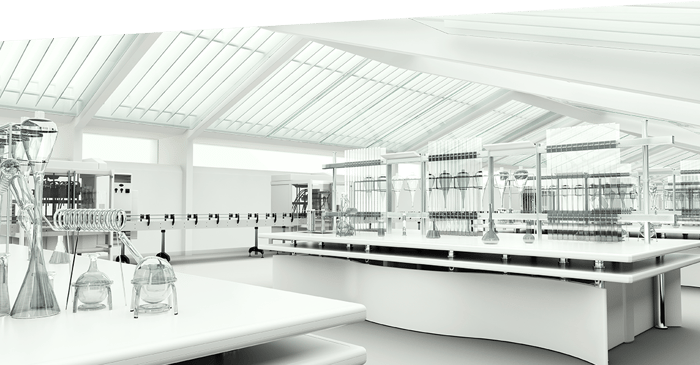 A data logger is an electronic device that records the data output of sensors in the lab for equipment functionality and environmental conditions at intervals.

Data is recorded at fixed intervals, allowing the user to see the relevant conditions at those moments only. Consider a temperature data logger, for example, that is set to record a temperature sensor's output every 15 minutes. If the temperature goes out of parameters within these 15 minutes, the system will only alarm at the time of the next measurement, not at the moment it is breached. If a sensor goes out of spec, and back to normal within that period, no event will be triggered or recorded. Nonetheless, data loggers served as a cutting edge replacement for chart recorders in an effort to optimize the quality of the data being reported. Even the best temperature data logger, however, has pitfalls that will minimize its ability to protect the valuable assets in your lab. Data logger users have likely experienced problems related to memory capacity, missed alarms, disparate data points, battery life, hidden costs, and system management. Overall, data loggers create a false sense of security. Here are the 7 common problems that users face and the ways in which a real-time data acquisition system solves them:

Ultimately, lab employees rely on data loggers to keep track of important data that can make or break the quality of the research design. However, no scientist can accurately predict when breakthroughs will occur. This means that vast amounts of data points from a vast number of environments and equipment must be obtained. Data loggers, however, have a limited memory capacity, creating a manually exhaustive process of extracting data and needing spare loggers on site to ensure that the lab device at hand is monitored during the process. Over time, the data required for a singular scientific endeavor will far exceed the capacity of data loggers, ensuring that the data will eventually be stored in disparate locations and therefore difficult to analyze. Furthermore, data loggers can only take data points at set intervals, whereas real-time data acquisition systems know immediately when set parameters have been breached and can begin collecting more data automatically—say every 5 seconds. Data acquisition systems are granted this capability because they are not bound by the same memory restrictions as a data logger, which would quickly run out of storage if data needed to be recorded every minute, for example. By integrating a data acquisition system into a lab, scientists can greatly expand the breadth of the data at hand.

The introduction of data loggers to laboratories eased the mind of scientists, certain that an alarm would go off if something were to go wrong because the alarm feature alerts a lab employee that a piece of equipment or an environment has gone out of parameters. However, this feature has an imperative flaw that can negate its intended use. If network connectivity is lost, relevant alarms will be missed. This is a problem in itself because it prevents a timely response from lab employees; however, the inability of the data logger to process the missed alarms once the network has been recovered presents an even greater challenge. Consider a lab with hundreds of remote temperature data loggers. Each alarm that should have gone off will attempt to do so simultaneously when connectivity is restored. This results in hundreds of devices trying to communicate at the same time. The system will be overwhelmed by this event, resulting in a loss of data. Furthermore, the excess number of alarms going off at the same time results in alarm fatigue and therefore go undiagnosed. Upgrading to a data acquisition system that is redundant by design ensures that alarms are never missed. A data acquisition system that accurately and successfully delivers alarms must have several lines of defense. Data loggers are often not capable of 4G failover connectivity or unlimited data buffering, both of which prevent network failure from resulting in missed alarms. Therefore, switching to a data acquisition system adds the extra layer of security that would benefit your lab.

3. Gaps in Between Data Measurements

Data loggers have relieved numerous lab employees from the redundant task of manually recording data points at set intervals—even every 10 minutes, for example. While data points must be taken at these intervals in order to promote consistency and create quality samples, the activity that occurs in the time between these intervals should not be neglected. Unfortunately, the only capabilities that data loggers have are recording the sensor's output and setting off an alarm if it is out of parameters. This leaves a tremendous amount of room for error if samples experience harmful conditions when the data logger is not programmed to record. A temperature data logger, for example, is not a device equipped to handle the following scenario. A refrigerator door is left open at the beginning of the hour, just after the data logger has recorded the temperature sensor's reading. During the full hour until the next measurement is taken and the alarm goes off, it is likely that no one in the lab will notice that the door was left open. Meanwhile, the environment inside the refrigerator is becoming increasingly warm, reaching a point that is outside of the logger's parameters, and consequently jeopardizing the integrity of the samples inside.

The image above represents how a data acquisition system is fully equipped to combat this scenario: once the temperature reaches the high parameter of 8°C, it begins taking a measurement every second as opposed to every ten seconds. This enables scientists to accurately assess the amount of damage done. It also sends an alarm immediately, ensuring that a scientist can remedy the situation as soon as possible, rather than waiting until the next logging interval. Since data loggers are not real-time devices, they are simply unable to provide this type of safety net. Fortunately, real-time monitoring is a real possibility for labs all across the country who want to practice the safest science.

4. Risk of Human Error in Setup and Configuration

Although they are present in world-renowned laboratories, data loggers are simple pieces of equipment that are intended to be set up and configured by the consumer. This eliminates the chance that assistance and expertise from an engineer will be provided with purchase. Despite the relative simplicity of data loggers, there are still a handful of errors that can be made that puts science at risk. First, data loggers are easily portable devices that are likely to be moved around by anyone in the laboratory. Many users are never educated on the effects that this can have, such as how this can negatively impact the calibration of the sensor. Invalid calibration can also occur if sensors are plugged into the wrong logger, an instance likely to occur during the constant replacement of the data loggers. Finally, even if everything is in place correctly, the untrained eye would not be able to recognize if a probe is too close to a cooling element, for example. Data acquisition systems, in contrast, are a higher quality method of scientific monitoring and boast the need for a professional install. The aforementioned instances are prevented because the sensors and the monitoring system's recording feature are installed together seamlessly. The professional install also supports the longevity of a data acquisition system, guaranteeing over ten years of safety. The data logger model, which undermines the importance of calibration between sensor and logger, ultimately cannot guarantee that the system is programmed to protect the integrity of science. Fortunately, a professionally installed real-time data acquisition system provides an attainable solution that removes human error from your lab, allowing more bandwidth for science-related efforts.

An astounding example of the complications that data loggers bring into the lab is that some labs actually require a full time employee to change the batteries on their loggers. This lab technician is hired solely for this manual task because there are a plethora of individual loggers on site, ready to run out of battery at any time. This not only emphasizes the aforementioned human error that comes with data loggers, but also the post-purchase costs associated. More importantly, replacing batteries on a data logger comes with an added risk of invalidating the calibration of the sensor. When a battery is replaced, users should realize that the voltage will be slightly different than the previous one. Even the most minimal cases of this can adversely affect the ability of the sensor to read properly, thus damaging data. Constantly needing to revalidate the sensor after the battery is changed is another exhaustive task, if it is not simply overlooked. High-quality data acquisition systems only rely on batteries as a safety precaution in case of a main, and redundant power outage. In this scenario, the battery can power the system for up to 48 hours until electricity has been restored to the laboratory. Professional data acquisition systems relieve the user of the many added problems that batteries bring.

Data logger providers operate under a consumable business model that appears quite attractive at first glance: they are inexpensive, easy to use, and deliver basic security. However, very few available data loggers are industrial grade or intended to last for an extended period of time. Since data loggers were not created to survive in a professional environment, they are not a sustainable instrument to use in a best practices lab. Once an initial data logger is implemented into a laboratory, it will need to be continuously replaced as years go by and the laboratory becomes more advanced. Therefore, the initial cost of the data loggers, while affordable, comes with upwards of thousands of dollars in future costs. Monitoring systems that have the best interest of the customer in mind must be scalable, ready to expand its monitoring capabilities as needed. However, for data loggers this means buying more individual units, only further compounding some of their inherent issues. Furthermore, a data acquisition system that incorporates state-of-the-art sensors during install mitigates the risk and cost of equipment failure in the future.

Perhaps the greatest roadblock that data loggers create in labs occurs between data collection and data analysis. In order for data to be useful, it must be easily accessible for analysis—this enables research environments to be controlled and necessary adjustments to be made in real-time. However, the data extracted from a data logger will likely have to be manipulated because of the multiple systems involved. Each of the individual data loggers in a lab—whether it is attached to a temperature, differential pressure, O2, CO2, or VOC sensor—will not be homogenized for analysis and will require individual attention. As there are more and more systems to manage, there are ongoing costs and compounding problems for your organization. For example, third party statistical software may need to be introduced in order to avoid the manually intensive work of creating spreadsheets and graphs. Even if these are implemented, however, root cause analysis and impact reports cannot be properly formulated between the multiple systems, such as variables like temperature and pressure that go hand in hand. In contrast, data acquisition systems are fully equipped with software that can generate quality reports and provide numerical statistics for analysis. 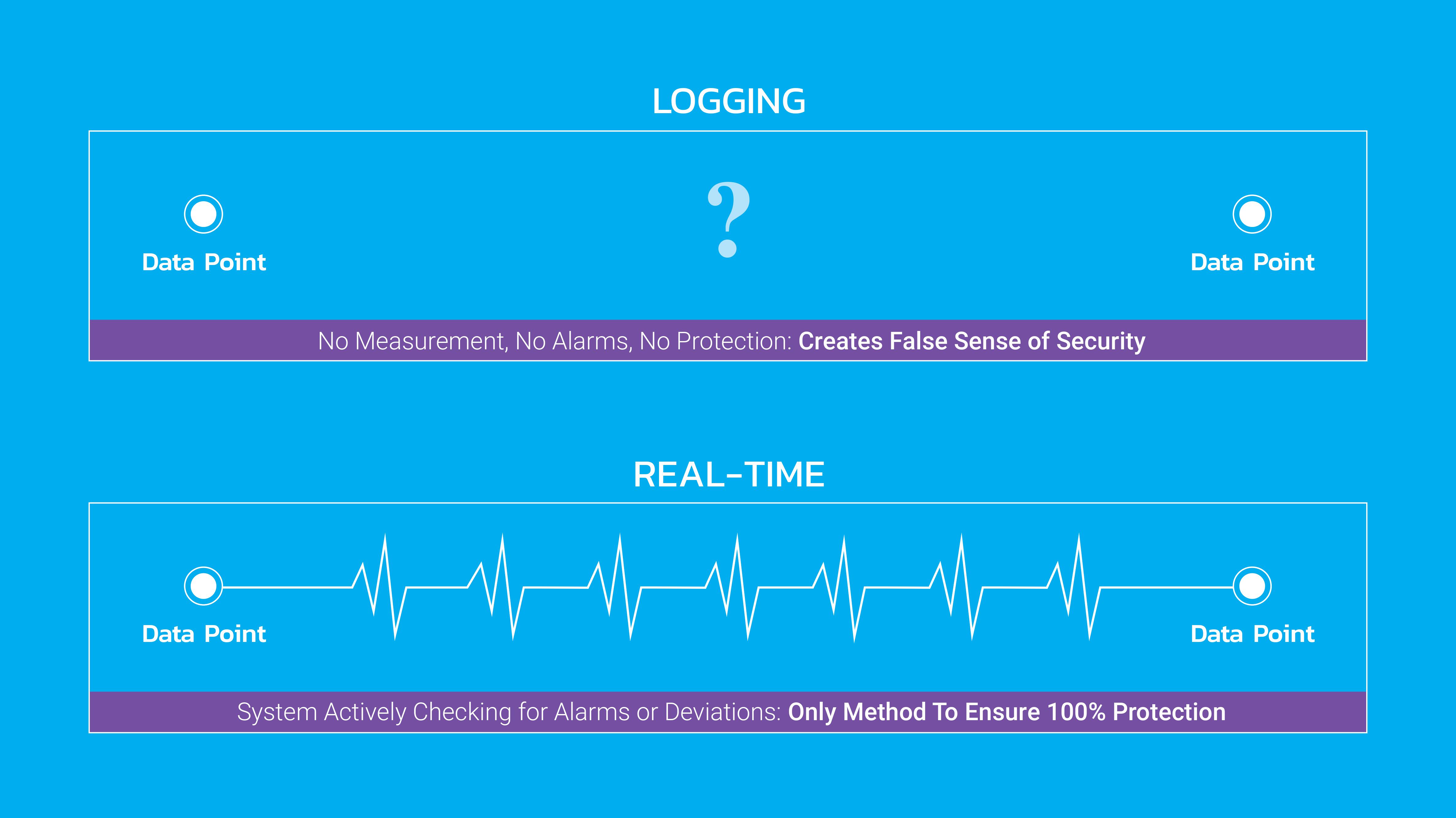 As problems with data loggers persist, the need to transition to a data acquisition system becomes more apparent to organizations.

Have data loggers caused problems in your lab?